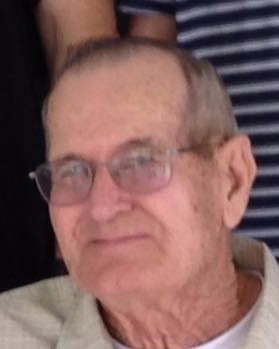 Charles Griffin Hembree, 83, of Clermont, GA died at home, Saturday, November 26, 2022. The Funeral Service will be held at 2:00 p.m., on Thursday, December 1, 2022, at Trinity United Methodist Church, Clermont, GA. Reverend Jeremy Noffsinger will officiate the service. Interment will follow the service at Trinity United Methodist Church Cemetery. The family will receive friends at the funeral home on Wednesday, November 30, 2022, from 6:00 p.m. to 8:00 p.m.

Born in Jackson Springs, NC, Mr. Hembree’s family were sharecroppers moving between there and Mayesville, GA.  He came to live with his brother outside Gainesville, GA and graduated high school from East Hall High in 1958.  He spent the next few years working for Winn Dixie grocers where he met his wife, and they married in 1961.

Mr. Hembree moved to Clermont with his family in 1966 where he and Carol owned and operated Blue Star Grocery for 10 years and later, they opened and operated Suburban Lawn and Garden Center for 20 years.  He was a long-time member of Trinity United Methodist Church, Trinity UMC Men's Fellowship, and supporter of the schools and the community.

Mr. Hembree is preceded in death by his daughter Shelly Hembree Martin.

To order memorial trees or send flowers to the family in memory of Charles Griffin Hembree, please visit our flower store.