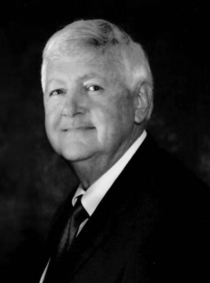 Jerry Norman Huguley, 82, passed away Thursday, March 7, 2019 at Northeast Georgia Medical Center. Jerry was born on March 16, 1936 in LaGrange, GA to the late Forrest Kelly and Effie Mae Hill Huguley. He is survived by his wife of 59 years, Margaret Aurelia Jones Huguley of Dahlonega, GA, and his children Jeri Fazio (Tommy) of Blairsville, GA, Tracie Ronemus (Andy) of Clemson, SC, Jeff Huguley of Hoschton, GA, and Wendi Huguley of Dahlonega, GA. He is preceded in death by his parents, sister Barbara June Huguley, and brother Kenneth James Huguley as well as many aunts, uncles, and cousins.

Raised in Hogansville, GA, Jerry graduated in 1959 from Alabama Polytechnic Institute (Auburn) with a B.S. in Building Construction. He received a commission into the United States Army Corps of Engineers and after two years of military service, began his career in the construction industry. Jerry worked both independently as a home builder and for various companies the first half of his career until he joined Heery International as a project manager in 1982. After twelve years with Heery, he joined the Dekalb County School System in 1994 and then in 1997 the Hall County School System, where he retired as Construction Manager in 2005. He loved his career in construction management and was especially proud to finish his career with Hall County, as he had great respect for many of the people with whom he worked.

An Eagle Scout, Jerry had wonderful memories of growing up in Hogansville, GA, a small town in Troup County south of Atlanta. His childhood friends remained good friends for life, reliving their 1952 Hogansville Green Wave state 3B football championship year after year at class reunions which, as the senior class president, he was very active in coordinating. He was also very fond of his memories of working as a supervisor at Athens Y Camp in Lakemont, GA, where he worked for nine summers under his high school football coach, “Coach Mike” Castronis, who became a mentor to him. Growing up in a mill village where both his parents worked at one time, he always said of his small hometown that no one knew who had money and who didn’t, and no one cared - what mattered the most was that his mother knew what went on at school every day before he walked in the door. He credited his work ethic and strong values to his upbringing in such a tight knit community.

In his spare time, Jerry loved to watch Auburn football. He always lamented the fact that in north Georgia there are slightly more Georgia fans than Auburn fans. Suffering with heart issues for years, his family always worried that he might not need to watch Auburn play! Conversely, he loved the years he spent with close friends and physical trainers at North East Georgia Medical Center’s cardiac rehabilitation program, and was always thankful that the importance of exercise to his overall health was instilled in him through this experience.

Jerry leaves behind six grandchildren he adored – Scott Norton, Baylor Ronemus, Drew Ronemus, Collin Huguley, Kinsey Huguley, and Will Routhier. He also leaves behind countless neighbors and friends he grew to love over the years, as well as all the administrators, nurses, CNAs, and other staff at Chelsey Park and Rehabilitation in Dahlonega where his wife “Ree” has been for three and a half years. Both extremely stubborn and determined to honor his commitment to her, Jerry visited Ree day in and day out, even to the demise of his own health. The staff at Chelsey Park became his second family, caring emotionally for not only Ree, but Jerry as well. For that his children will always be more grateful than words can express.

Funeral services for Jerry will be held on Friday, March 15 at 11 AM at the Dahlonega United Methodist Church in Dahlonega, GA. A visitation will be held at Strickland’s Funeral Home in Clermont, GA on Thursday, March 14 from 6 PM to 8 PM. In lieu of flowers, the family asks that contributions be made either to the Medical Center Foundation in honor of the Ronnie Green Heart Center at Northeast Georgia Medical Center or Community Health Foundation in honor of Chelsey Park Health and Rehabilitation in Dahlonega.

To order memorial trees or send flowers to the family in memory of Jerry Norman Huguley, please visit our flower store.