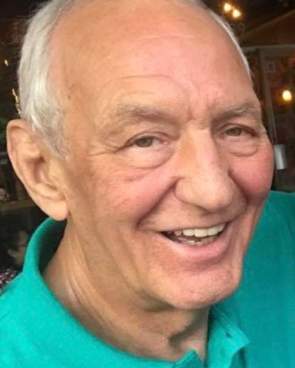 Lamar Hendrix, age 79 of Clermont, GA, passed away peacefully at home surrounded by loving family on Tuesday, January 7, after a brave fight against cancer.  Lamar was born in Tennille, GA, and enjoyed his final years of life in Clermont, GA.  He was a 1962 graduate of Georgia Southern University where he received his B.S. in Education. He obtained the degree of Master of Education from the University of Georgia in 1970.

Lamar was an educator for 30 years serving in the roles of teacher, principal, and superintendent in Chattahoochee, Muscogee, Whitfield and Newton Counties in Georgia. In 1968, he was appointed Superintendent of Chattahoochee County and at the age of 29 was the youngest Superintendent in the State of Georgia. He held this distinction for several decades. He was the principal at Porterdale Elementary for 18 years where he was proud to have led the school to become recognized as a State School of Excellence in 1988-1989.

Lamar was President of the Rotary Club of Covington during 1993-1994.  He was a lifelong UGA fan and longtime UGA football season ticket holder where he made many memories with his son and friends.  He enjoyed his annual trout fishing trip with buddies, stayed healthy with his water aerobics class and gave back to his community by delivering for Meals on Wheels.  Lamar never met a stranger and made friends wherever he went.  So many of those friends, along with his faithful son, helped him throughout the last year as he fought the brave fight.

He was preceded in death by his mother and father, E. Thomas Hendrix and Ruth Durden Hendrix, as well as his wife, Patricia Davis Hendrix.  Lamar is survived by his son, Jonathan (Heather) Hendrix of Chattanooga, TN; his sister, Madelyn Cumby, of Cusseta, GA; and nieces and nephews.  A Celebration of Life is scheduled for 2:00 pm Saturday, January 25th, at Concord Baptist Church in Clermont, GA.  There will be light refreshments following the service for those who would like to visit and reminisce about Lamar.  Although flowers are welcome, the family also encourages donations in his memory to Emory Winship Cancer Institute.

To order memorial trees or send flowers to the family in memory of Lamar Hendrix, please visit our flower store.