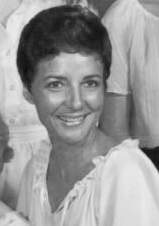 Margaret Aurelia “Ree” Huguley, 81, passed away Saturday, May 25, 2019 at Chelsey Park Health & Rehabilitation in Dahlonega, GA. Ree was born on May 16, 1938 in Subligna, GA to the late Cullen Bryant Jones and Margaret “Peggy” Betts. She is survived by her children Jeri Fazio (Tommy) of Blairsville, GA, Tracie Ronemus (Andy) of Clemson, SC, Jeff Huguley of Hoschton, GA, and Wendi Huguley of Dahlonega, GA. She is preceded in death by her parents, husband Jerry Norman Huguley, who passed away on March 7, and many aunts, uncles, and cousins.

Raised the daughter of a Methodist minister, Ree graduated from Toccoa High School in 1956 and attended Young Harris College, which at the time was a two year school. She then attended LaGrange College until she left in 1959 to marry Jerry who was enrolled at Auburn University. She completed her college education at West Georgia College with a bachelor’s degree in Criminal Justice. Jerry and Ree would have celebrated their 60thwedding anniversary on June 5.

What Ree’s children remember most warmly about her was her determinedly stubborn, yet eccentric and fun personality, as well as her almost innate artistic ability. Jerry would come home after a long day at work only to discover a carload of new plants for which he obediently dug holes all over the yard. Ree could look at a dead weed and bring it back to life. The Huguleys were always proud to have one of the best yards in the neighborhood.

Ree couldn’t swim, but learned to water ski on Lake Rabun wearing a white ski belt to impress a boy she wanted to date. Growing up each child remembers her yelling at them, “Kick those feet!”, as she was determined that they would all be swimmers. They also remember her as the ultimate disciplinarian in the family. She was the epitome of a Southern belle until she wasn’t. Regardless, she never left the house without her Revlon #674 coralberry lipstick.

34 years after being diagnosed with Parkinson’s disease, Ree, who also succumbed to dementia, was surrounded by her children as she took her last breaths. She was a fighter, and although the journey was often dark, they are incredibly proud of her valiant struggle.

Ree leaves behind six grandchildren she worshipped – Scott Norton, Baylor Ronemus, Drew Ronemus, Collin Huguley, Kinsey Huguley, and Will Routhier. She also leaves behind countless nieces, nephews, neighbors and friends, as well as all the administrators, nurses, CNAs, and other staff at Chelsey Park and Rehabilitation in Dahlonega where she was a resident for almost four years.

The family will hold a private graveside memorial for Ree on Friday, May 31 at 11 AM at Alta Vista Cemetery in Gainesville. In lieu of flowers, the family asks that contributions be made either to the Community Health Foundation (CHF) benefitting Chelsey Park Health and Rehabilitation in Dahlonega or The Parkinson’s Foundation.

To order memorial trees or send flowers to the family in memory of Margaret Aurelia Huguley, please visit our flower store.