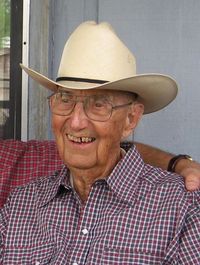 Richard Granite Taber  Richard Granite. (Dick) Taber, 94, of Clermont, Ga., passed away peacefully at his home of natural causes on Tuesday, Sept. 24, 2013.  Born in Dallas, Texas, Dick was the son of the late Rock Granite Taber and Julia Mae White Taber. He studied agriculture and business at The University of Missouri and The University of Georgia. Dick served during WWII as a naval aviator (fighter pilot) in the Pacific theatre aboard the ‘USS Enterprise’, the Navy’s most decorated combat ship. A Distinguished Flying Cross recipient, his service to country was greatly appreciated. He fondly reminisced about flying underneath the Golden Gate Bridge as the Enterprise returned to port at war’s end. He additionally served in the Navy Reserve forces during the Korean Conflict. He retired as a Lieutenant Commander.  Following his Navy service, Dick met the love of his life, Gloria, and began a new, exciting phase of his life. Most of Dick’s working career was spent as a V.P. of business development with Fulton National Bank in Atlanta and later Palmer Bank First Union Bank in Sarasota Florida.  In Sarasota he returned to his love for rural life by raising horses before moving to Clermont, GA. in 1989 to raise belted Galloway cattle.   Dick was a member of Trinity Methodist Church and was very active in the Clermont Lions Club and the Hall County Cattlemen’s Association. In Atlanta, he was a Rotary member and a past member of the Capital City Club. In addition to his parents, Mr. Taber was preceded in death by his daughter, Maria Noelle Taber, and his sister, Joanne Taber Young. Mr. Taber is survived by his wife Gloria, of 58 years, his sister, Christina Taber Wester, and his three sons, Rock G. Taber II (Cathy) Alpharetta, Ralph J. Mitchell III (Martha), Winchester, VA,, and Kent D. Mitchell (Marilyn) Atlanta, and his 6 grandchildren, Ashley, Andy, Douglass, Will, Michael, and Hilary, and his 5 great grandchildren, Hanna, Madison, Alexis, Ellie and Mandy. The family is very thankful for the loving help from Dick’s many nearby friends, neighbors, and caregivers. A Memorial Service will be held at 2 p.m. Friday, Sept. 27, 2013, at Trinity United Methodist Church, 5622 Clark’s Bridge Road, Clermont, GA  30527.  Rev. John Moore will officiate. Following the service the family will receive visitors at a small reception in the church fellowship hall. In lieu of flowers, the family requests that donations can be made to: “North Hall / Lions Club”, Lions Community Center, 200 Spring Street, Clermont, GA  30527. Those wishing to make online condolences may do so at www.wrstricklandandsonsfh.com  (Strickland’s Funeral Home).

To order memorial trees or send flowers to the family in memory of Richard Granite Taber, please visit our flower store.