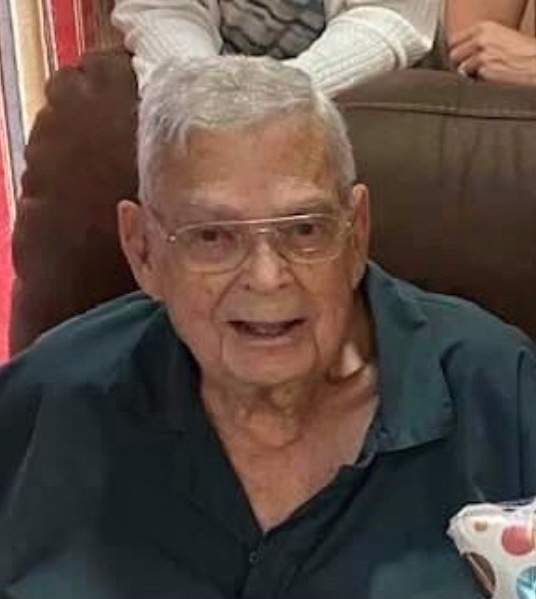 Roy Adcus Truelove, 97, died at home surrounded by family on November 4, 2021.
Memorial Service will be held at Bethel UMC on Sunday, November 7 at 2 pm.
The family will receive friends at Strickland Funeral Home in Clermont, on Saturday, November 6, from 2-4 and 5-7 pm

Roy was born on June 29, 1924, in Clermont, GA, where he grew up on the family farm. He graduated from Chattahoochee High School in Clermont at the age of 15. In 1944 Roy began a lifelong journey with the love of his life, Grace, 77 years of matrimony.
He joined the Army and served in WWII. He was a Poultry and Cattle Farmer for many years and received the Outstanding Young Farmer award from the Jaycees.
He served Georgia Farm Bureau as Hall County President, then as Georgia State Vice President working to improve conditions for rural farmers. Roy also served on the Gainesville/Hall County Planning Commission.
Seeing a need for fire protection in the county, he helped to organize the Suburban Fire Department which later became the basis of the Hall County Fire Department which we have today.
He enjoyed a long career with Farm Bureau Insurance company where he earned numerous awards and designations including the CLU and ChFC. He retired as a district sales manager for the company.
Throughout his life, Roy was involved in various leadership roles for many organizations in his community.

After retirement, Roy spent many years with his family enjoying farming, golfing, and travel around the world. He continued his lifelong commitment to serve his church and God, touched many lives and will be greatly missed.

To order memorial trees or send flowers to the family in memory of Roy Adcus Truelove, please visit our flower store.