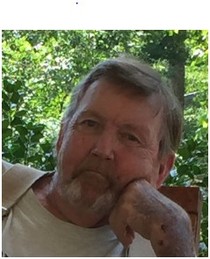 William "Bill" Owen Culpepper, age 68, died Saturday, March 18 at his home in Clermont, Georgia.
Mr. Culpepper is survived by his wife, Anna; daughter and son in law, Lisa and Tom Watkins, daughter, Dena Brewer, son and daughter in law, Chad and Missi Brewer, son Charlie Culpepper, granddaughters, Whitney Norman and Hadley Norman, grandsons, Devan Stringer and Blaine Thomason and great grandsons, Braylon Dopson and Jaxson Crowe.
Bill served in 101st Airborne Division in the Vietnam War, where he earned The Army Commendation Medal, The Bronze Star Medal, The Air Medal, The National Defense Service Medal, and The Army Solider's Medal.  He grew up in Gainsville, Georgia the son of Charles and Mary Culpepper.
Bill worked most of his adult life as a forman for Ashland Paving and Construction of Georgia.  Upon deterioration of his parent's health, he left APAC and assisted his parents with overseeing their Lake Lanier Mobile Home Park property.
The family of Mr. Culpepper will receive family and friends from 5 pm to 8 pm on Tuesday, March 21, 2017 at the Strickland's Funeral Home in Clermont, GA.  Services will be held in the chapel of Strickland's Funeral Home on Wednesday, March 22, 2017 at 2 p.m..  Burial will follow at the Alta Vista Cemetery.

To order memorial trees or send flowers to the family in memory of William "Bill" Owen Culpepper, please visit our flower store.

The Church of Jesus Christ of Latter-Day Saints